← more from
Box Records
Get fresh music recommendations delivered to your inbox every Friday.
We've updated our Terms of Use. You can review the changes here. 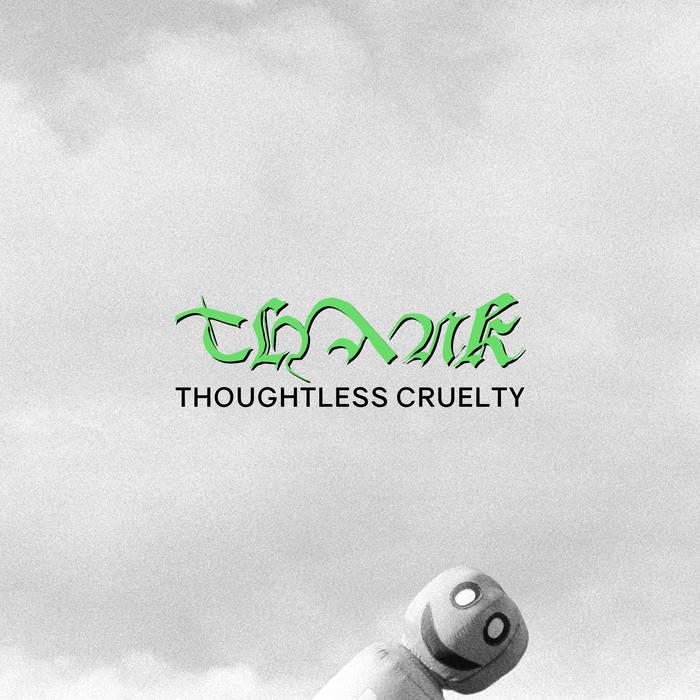 Mother Gerald Saw these guys in Nottingham supporting mclusky and just had to get there stuff. Epic show and amazing material. Keep it up. Favorite track: Dread.

KENNY CHARLTON! just got of the phone with the band and
they told me that thank actually started as a a Catholic youth group band touring primary to intermediate schools throughout west yorkshire.
thank was actually a statement of gratitude to their lord and every song was intially a prayer, but with Freddie's fall from grace in 2015 the band took a hard left turn in direction and lyrical content.
but don't ask them about it, they'll just deny it Favorite track: Good Boy.

Darknight Sensational post punk influenced by The Fall and this album is Sensational, this band is absolutely Sensational, I think I've said Sensational too many times but this band are just unbelievable!! To quote ' There's never been a good band from Leeds'...... there is NOW!!!!!!! Favorite track: Dread.
more...

'Thoughtless Cruelty' is a stark observation of human cruelty filtered through the band’s grim fascinations including long term nuclear warnings, CNN’s Turner Doomsday Video (opening song 'From Heaven' is a partial reworking of the Latin verse from 'Nearer My God To Thee', the hymn performed in that video), the writings of Saint Ignatius of Loyola, and the "business as usual" liberal politics which has given way to the global rise of the far right.

Unlike THANK’s previous material, which was largely honed at gigs and then recorded almost entirely live, the pandemic found the band in unchartered territory as they hit the studio having not been in the same building for months, including most of the album’s writing period.

Says vocalist Freddy Vinehill-Cliffe on the recording of the album - "It was a very different way of working for us; most of the songs did not have an arrangement figured out, we added layers to serve each track without worrying about how it would translate in a live setting. I guess that's the norm for a lot of bands, but it was a very novel experience for us."

The result is an undeniably fascinating and enthralling album which sees the band incorporating more melody than on previous releases (on EXAG' Records, Hominid Sounds, Buzzhowl Records). Clear influences can be heard throughout; Xiu Xiu in the looped 808s of 'Plausible Deniability' and the chaotic xylophones of 'Paris Syndrome', The Body in the layers of dense distortion throughout, and These New Puritans in the blunt syncopation of 'From Heaven', as well as less obvious reference points like Drunk In Hell, Tears For Fears and Marie Davidson.

'Thoughtless Cruelty' is available to pre order digitally and on limited green vinyl via boxrecordsshop.bandcamp.com

"A glimpse of the world that is our own, but from an angle from which it shouldn’t be viewed." - New Noise

"This is a Hieronymus Bosch painting in musical form that’s started to melt into a sickening puddle of smoldering wax, wires and decay." - Keep It Fast

"Half of Thank’s songs feel like Hulk hands punching upward and the other half are akin to smashing dinner plates out of sheer frustration." - Treble Zine

Bandcamp Daily  your guide to the world of Bandcamp

Frayle's Gwyn Strang and Sean Bilovecky join the show to talk about their cathartic new album.